Skip to content
"This ONE SIMPLE Secret Will Completely CHANGE YOUR LIFE Today!"| Navy Seal William McRaven
Long before I saw this 5-1/2 minute video I listened to the 2-hour audio book that Admiral William H. McRaven wrote and narrated, which is based on this commencement speech.  It’s a great book and his autobiography, Sea Stories: My Life in Special Operations, is even better.

The books are rated 4.7 and 4.8 out of 5 on Audible.com, which is extremely high, especially for books that have many thousands of reviews.  I’ve learned that audio books that have both very high ratings and thousands of reviews are almost always worth reading/listening to, no matter what the topic is.
I highly recommend Audible.  I’ve been a member since 2011 and I pay $23/month for a plan that gives me two credits each month.  Each credit can be exchanged for any book and I can get many books for free.  I don’t have to worry about buying one that I don’t like because I can easily return or exchange it.  My credits accumulate if I don’t use them and I can save some money by pausing my membership for a while if I think I have too many.
I started listening to audio books when I had a forty-minute commute.  It has gone down to only twelve minutes, so now most of my listening takes place when I’m out in the evening trying to get my 12,000 steps a day.
There’s a free one-month trial if you’re interested joining Audible.
Half Square Triangles Kinetic Art

The artist provides a very complete set of instructions on how to build this.  I think this is a very cool idea and I wish I had time to make one which would incorporate some my own ideas.  An Arduino Mega is used to control 16 small stepper motors that cost about $3 each (or less).  The squares and motor mounts are made with a 3D printer and everything is mounted on a piece of MDF.

I think the squares should move a little faster.  Play the video at 2x speed to see why.

Andrei Erdei is the artist/designer and he has many other interesting Instructables.  The video just above shows his “Crystal Glass Beads and LEDs – a Kind of Kaleidoscope” and I like it too.

15 COOLEST Kinetic Gadgets That Will Give You Goosebumps

I usually ignore these kinds of videos but this one caught my attention.  I’ve seen DIY / Maker versions of many of these gadgets, which is probably where the manufacturers got their ideas.  The “gravity defying” magnet that drops slowly through the tube (at 1:39) is a demonstration of Lenz’s law and you can easily and inexpensively make your own version for fun or to give as a gift.  All you need is a magnet and a copper or aluminum tube.  Take a quick look at this really short video.

The YouTube page has a nice list of links to where you can buy these things.  I really like some of them, but I wouldn’t spend my money on them.  Which means they are the kind of things I like to get as gifts.  (Did you hear that wifey?) 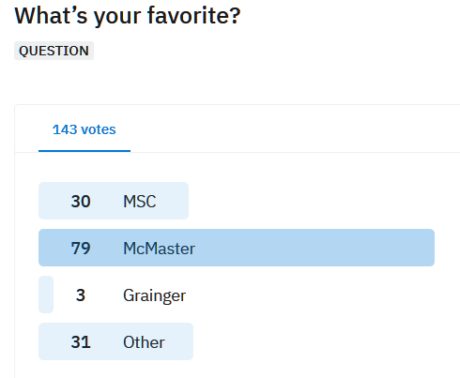 Someone asked members of the Machinist Reddit who their favorite supplier is (10/4/2020).  Click here to find out why some voted the way they did.

A few days after I saw this I got an email from MSC asking me to respond to a survey.  One of the things I said is that I wished I could still buy from Enco, which was another supplier that MSC acquired and eventually shut down.  I was very surprised when later that day I got a phone call from someone from MSC who seemed genuinely interested in my opinion and wanted to discuss my answers.  They got my phone number from some orders that I’d placed.

I hadn’t bought much from them in the last eight years or so because I haven’t done much machining.  I didn’t had the time while I was starting a Makerspace, and then I started making a lot of things with my 3D printers. 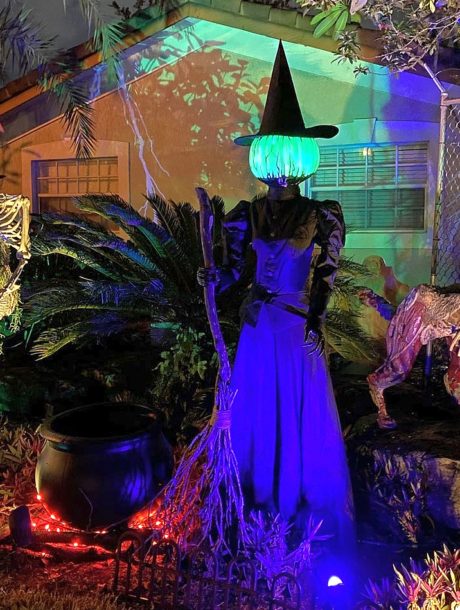 I thought about decorating our front yard for Halloween this year but decided not to because all the really good stuff in the stores sold out very quickly.  I also didn’t have any really good ideas and putting out a few small inflatables would be boring and uninteresting.

Next year, if I have more time, I might make this Goosebumps Witch, which is an entry in the Halloween Contest that Instructables had.  The hands and “head” are 3D printed and a manikin form was used for the body.  A manikin might be expensive or hard to find, so I would probably try making the body out of foam insulation sheets that have been glued together and carved.  The rest of the body is made from PVC pipe and pool noodles.

The designer doesn’t say what he used for the dress but I believe it’s a “Classic Witch Costume” and you can buy one for about $30.  The broom is just branches that have been tied together.  I haven’t seen any plastic cauldrons in stores, but Amazon has them of course.

When even one “American” — who has done nothing wrong — is forced by fear to shut his mind and close his mouth, then all Americans are in peril.