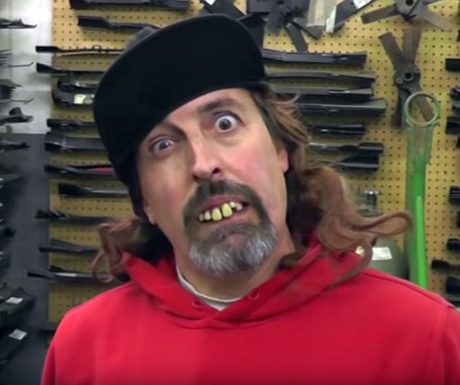 I have an ancient Sears kerosene torpedo heater that was one of the first big workshop investments I ever made.  I bought it back when I was very young and poor, and was often fixing my car in the winter in an unheated garage.

When I tried using it for the first time in about 6 or 7 years I was surprised to find that it ran with the same kerosene that had been in the tank all that time.  But even after putting fresh fuel in it produced very noticeable and unpleasant combustion fumes, which it didn’t when it was new.  Then it began having trouble igniting the kerosene and sometimes I’d have to reset it a couple of times before it would start.

I ordered a new torpedo heater from Amazon because I expect to spend a lot of time in my unheated garage-workshop this winter because of my new Shapeoko CNC router.  Immediately after placing my $220 order I started wondering if my old heater could be fixed.  I quickly came across a video by “Taryl Dactal” that caught my attention because of his appearance and the way he talked.  That didn’t matter when I very quickly discovered that Taryl really knows his sh*t.

I learned that torpedo heaters are really simple devices and that mine had some filters and other serviceable parts inside the case that I didn’t know about.  I also learned that most torpedo heaters are made by the same company and that replacement parts are inexpensive and readily available on Amazon.  BTW, another thing I learned is that microbial slime can grow inside the fuel tank, which Taryl calls “boogers,” and it’s the first thing he looks for because it can clog up the fuel filter.  He talks about it at 14:15 in the video below.

A $7.19 air filter kit made my torpedo heater run like new.  There are no noticeable combustion fumes now and the flame and “nose cone” look like they used to when it’s running.  At about the same time I learned that the delivery of my new heater had been delayed and I was able to cancel my order.

[Update 12/31/2020 – My heater would sometimes “sputter” while it was running.  This was accompanied by the strong smell of unburned Kerosene, which made my clothes smell.  It would also sometimes take two or three tries to start the heater.  These problems were very intermittent so it took me a while to discover that the cause was a bad connection between the spark plug and the spark plug wire that was caused by a very small amount of corrosion.]

I was very intrigued by Taryl.  I wasn’t sure at first, but I eventually found out he’s a character created by Tim Gross Jr., the owner of a mower repair shop in DeMotte IN.  Tim has more than 30 years of experience and he and his two sons have been making “Funny and Informative DIY Videos” since February of 2014.   Their YouTube channel has about 350 high-quality videos and I couldn’t stop watching them for about two hours one night.

Procrastination is a signal to me that what I’m trying to do is either (a) not important or (b) terrifyingly important.