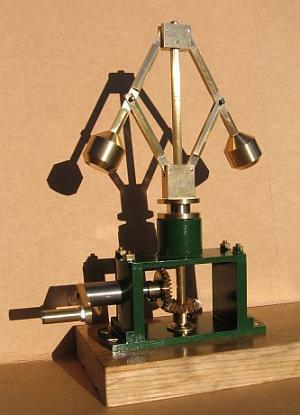 On his blog featuring model engineering projects, Adam Richard Cooper has intricately detailed plans for making a Model Watt governor–the part that regulates the speed of steam engines by acting as a negative feedback system–that he designed himself. His post includes construction notes and CAD drawings along with a large photograph of the completed governor. He notes that his design is hand-cranked and lacking a valve lever, which he didnâ€™t have time to complete.

At his blog Adam has other model engineering related posts including a review of tungsten carbide tipped tools for the lathe and a project that makes two cones joined at bases, which, when set at certain angles, appear to roll uphill.