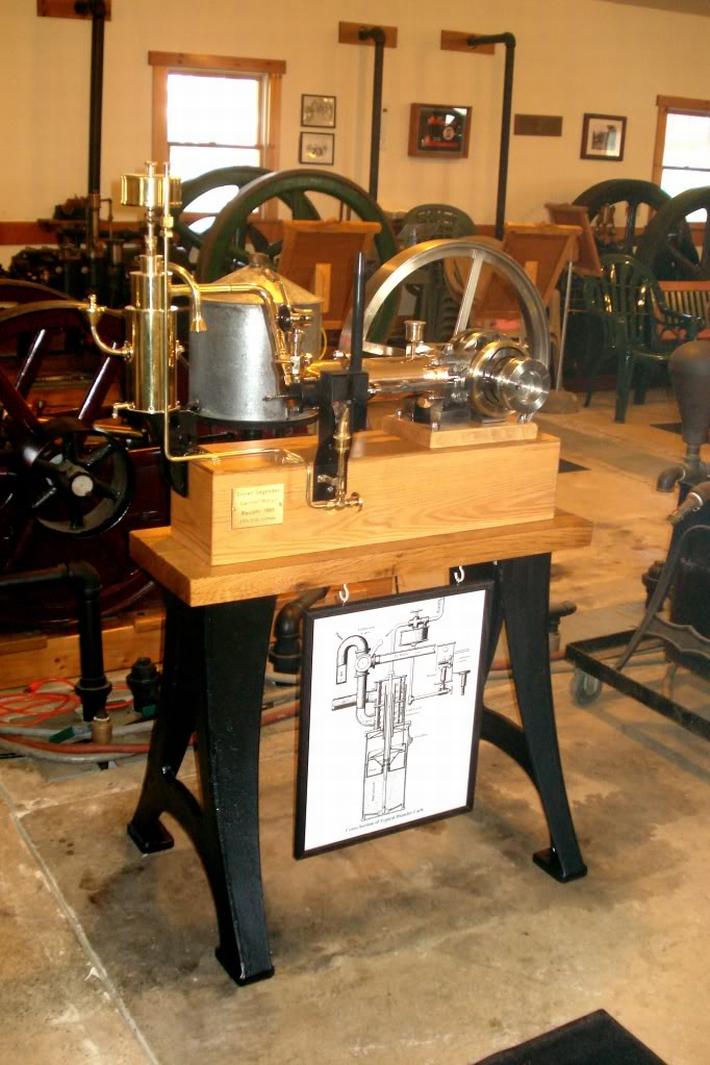 When the Daimler Chrysler Corporation decided to make a reproduction of its first engine, one that was a pioneer in automobiles and the model for the modern engine, it commissioned three copies.  One was kept at the company’s headquarters, the other went to a collector in Michigan and the third to a museum.  Ironically, there was a problem with all three, Chrysler couldn’t get any of them to work.


That’s where Wayne Grenning came in.  He is a historic gas engine reproduction expert, having built a museum’s worth of them that he keeps at his Lockport, N.Y., home.  One of the Daimler models found its way to Pennsylvania, where it was displayed at the Coolspring Power Museum.  The museum’s director already knew Wayne well from the many reproductions he sent the museum, so he turned to Wayne  again to help fix the missing components and get the engine up and running.


The Daimler engine represented the culmination of the experimentation with internal combustion, but the original engine was lost in a factory fire in 1903, with only the blueprints surviving.  From those drawings two prototypes were made for advertising purposes, but the designers didn’t like the look of where the carburetor was so they moved it to look more presentable.  After spending months on the project with the help of two others, he had the engine up and running again.


Between his website [Grenning Models and his YouTube page,] and his activity on forums, Grenning has provided extensive details for just about every major project he’s ever done in the past decade or so.

That was the beginning of my bug for machining, and I kept working on other projects after that, he says.

When he started, machining was mostly a solitary endeavor, with little communication between participants.  He recalls that when someone had a question about a certain technique or project, their options were limited, they could ask the one or two other people they might know, usually a mentor, or if that person didn’t have an answer they could write to one of the few specialty magazines and hope for an answer in the forum within a few months.

If you’re John Q. Collector and you want to learn something but have never done it before, you could type a few sentences on a message board and get a whole bunch of replies, he says.  Before, when magazines were the only real way to connect with large groups of people, it took a lot longer and knowledge and tricks were slower to spread.

The Internet has also brought about a large increase in the type of projects hobbyists can do and made it easier to buy materials, Wayne says.  Casting kits and projects in particularly have grown by leaps and bounds in the past 10 or 15 years, he adds.  Before the rise of the internet, most machining hobbyists read or earned about new projects from magazines, so they could see anywhere from 12 to 18 new projects over a year.  Today, with internet forums and web sites dedicated to all different aspects of machining, they have a trove of information available at just a click.

Aside from the Daimler engine, Wayne has a host of other memorable projects that’s he’s worked on over the years.  And like that engine, he keeps detailed accounts of each step.

The first is a restoration of a 3 ½ HP Tank Cooled GSM, which he chronicled on the SmokStak Forum in a 27-part series. 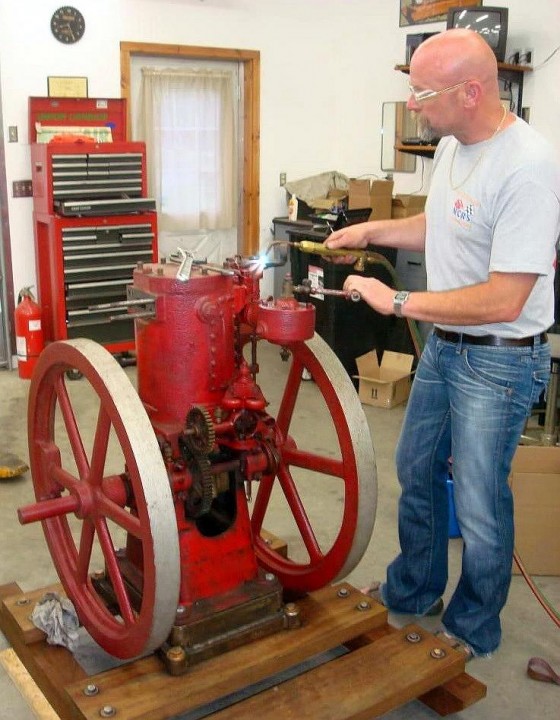 Wayne’s current project is a 1893 Van Duzen engine, one of the first gasoline engines made in the United States. He has a host of updates on the SmokStak forum, and says he anticipates finishing the project sometime later this spring.