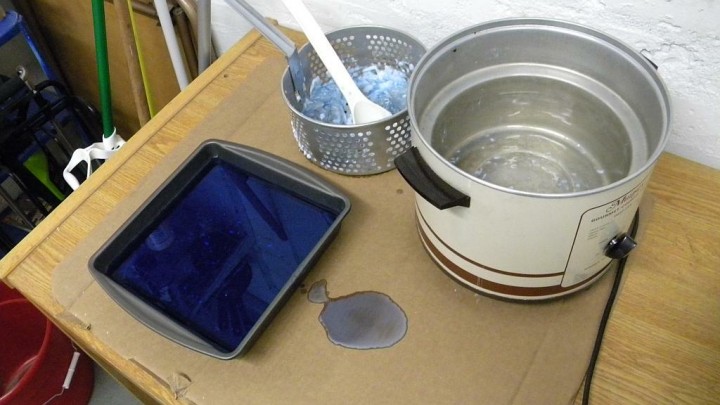 I tried making some machinable wax last night.  It’s supposed to be harder than plain wax and mine wasn’t, or at least not noticeably.  But I believe I can fix it by re-melting it and dissolving more plastic into it.

Machinable wax is made from ordinary paraffin (candle) wax that has HDPE or LDPE plastic added to it to make it harder, more dense and to raise its melting temperature.  I used HDPE that came from milk bottles.  The ratio of wax to plastic is about 4 to 1 and I heard you could achieve that by just adding plastic to the wax until it won’t absorb any more.  I did that and then used my electric fryer’s basket to strain out the extra.  I realize now that the basket had too much undissolved plastic in it and that I probably should have waited more patiently and stirred the mixture more.

Here are some tips if you want to try making some

5 thoughts on “My First Attempt at Making Machinable Wax”