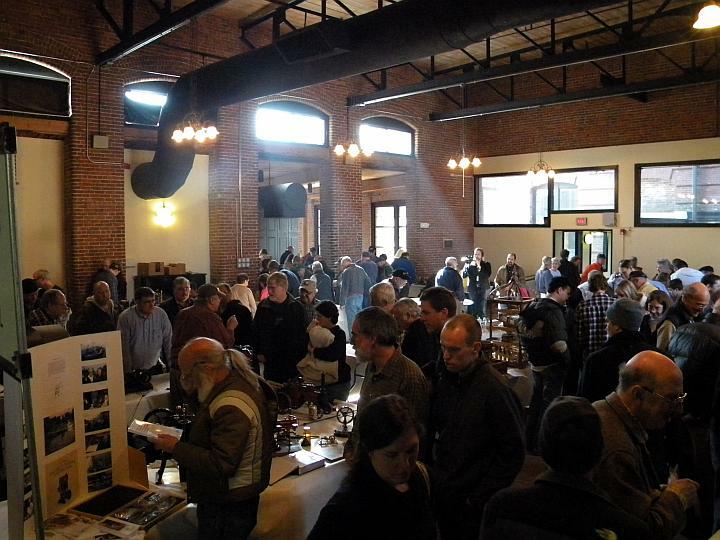 I enjoyed Cabin Fever so much that I made a trip last month to the Charles River Museum of Industry and Innovation in Waltham, Massachusetts, to attend the New England Model Engineering Society’s 14th annual model engineering show.

The show was much smaller than Cabin Fever and there were no commercial vendors, but the exhibitors were very friendly and I really enjoyed it.  There were probably about 40 or 50 hobbyists showing hundreds projects that included the usual assortment of engines, along with wooden toys, homemade tooling, cannons and even autonomous robots that were designed to seek out and extinguish candles for an annual competition.

The museum was also interesting.  Waltham is often considered the home of the American Industrial Revolution because it is where the Boston Manufacturing Company built the nation’s first power looms.  It was also the home for more than 100 years of the Waltham Watch Company, which pioneered the assembly-line production of watches using interchangeable parts.  The presence of the watch company led to the formation of other industrial and “high tech” companies in the area, such the Waltham Screw Company, which made the first automatic screw machines.  Another was the Waltham Manufacturing Company, which originally made bicycles and then became one of America’s first motorcycle manufacturers.  Eventually it became the Metz Company, which manufactured automobiles.

Before I get to my photos I’d like to tell you a little bit about the club.  It has about 120 members and its founder, Ron Ginger, did something very smart to get it started.  He stuffed envelopes with invitations to join and then paid the publisher of Live Steam magazine (Village Press) to mail them to their subscribers in the area.

Although they advertise themselves as “a group for those who enjoy metal working and machining” they don’t seem to limit themselves to that.  I looked at the list of speakers they’ve had at their monthly meetings and noticed that they frequently feature topics like rocketry, experimental aircraft building, hybrid vehicles, guitar building, model aircraft, boat building, catapults & trebuchets and a variety of other subjects that had little or nothing to do with “machining.”

Members of the club also get together for organized tours of events and places of interest.  For example, about 40 members traveled by bus, and some more by car, to York, Pennsylvania, for Cabin Fever.  I also learned that some of them meet weekly to teach machining to a group of kids by helping each of them build their own model live steam locomotive.

You can learn more about the club by visiting their large web site.  By the way, one of the things you’ll find there are some very nice plans and construction photos for a slide whistle that would make a good gift for a young person.

One more thing: I’d like to thank Russ and his son Carl for giving me a ride from Albany to Waltham.  I really enjoyed their company and if it hadn’t been for them I wouldn’t have made it to the show.  I was going to cancel my trip because my brother couldn’t join me and I didn’t feel like driving all the way from Rochester by myself. 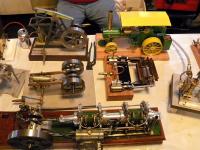 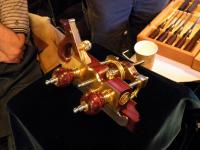 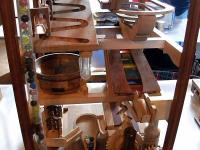 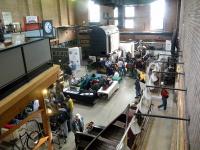 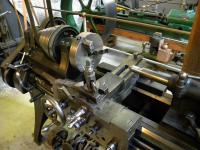 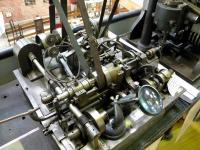 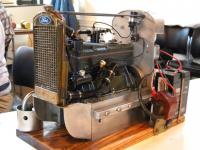 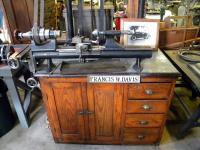 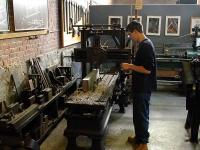 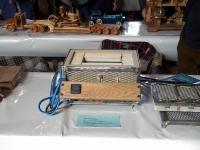 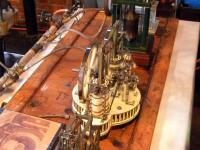 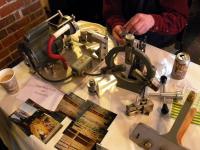 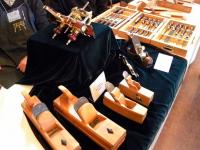