Make Your Own Machinable Wax

Make Your Own Machinable Wax

For those of you who aren’t familiar with or don’t want to pay for machinable wax, this article on what it is and how you can easily make your own if you want to make your own should come in handy.

Some things about machinable wax 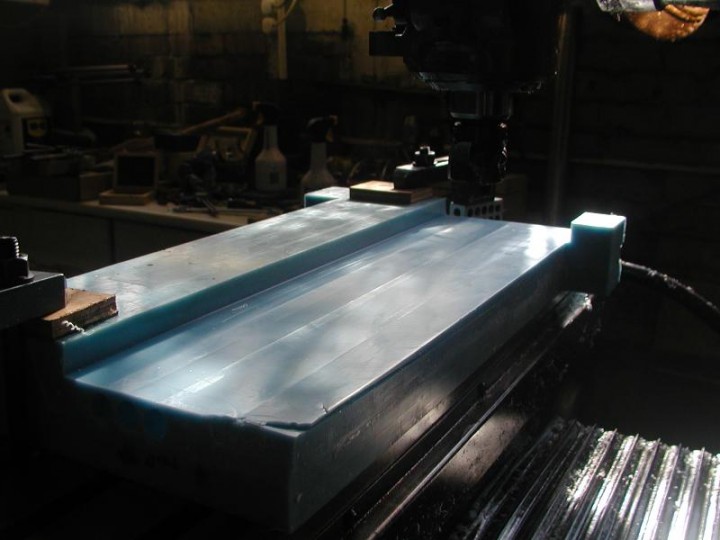 He starts with a fairly basic (and fairly large) piece of machinable wax. (Photo courtesy of MadModder member, AdeV)

Since machinable wax costs anywhere from 12 to 350 (usually for industrial-sized quantities) dollars, taking some time to make your own will save you a few bucks.

You’ll notice that the ingredients and equipment listed is easy to find or readily available. A few machinist forums and groups offer different variations of the recipe, but of all of them, the MadModder forum gives the best instructions. The Weaponeer forum also has a pretty decent recipe in PDF format.

There are a few things that need to be kept in mind before performing this task:

Take it as seriously as you would with any aspect of machining.

Whichever recipe you choose, it may take a couple of tries before you get the perfect wax, but once you get to that point, you’ll be saving money and making your own machinable wax in no time. END_OF_DOCUMENT_TOKEN_TO_BE_REPLACED

This is probably the best video I’ve ever seen showing how to center a piece of round stock in a 4-jaw lathe chuck.  I am wondering about one thing though.  Some of the commenters on YouTube refer to centering the chuck the “normal” way.  Well, what is the “normal” way?  This is pretty much the way I do it, although I still haven’t gotten around to making a second chuck key yet.

I then used the router with a 1/2-inch round-over bit to round the edges of the workbench.  It’s a little bit more work, but I think it makes the bench top look more finished and professional looking and it makes the edges more comfortable to lean against.  Rounded edges also won’t dent or splinter like sharp ones will if they get bumped with something heavy or sharp.  They’re not hard to make but I recommend practicing on scrap first. END_OF_DOCUMENT_TOKEN_TO_BE_REPLACED

Even though YouTube seems to have umpteen million videos about machining I’ve found very few that will you show how to grind HSS bits for a metal lathe.  And most of them show it being done on special grinders or with the help of jigs and accessories that most of us don’t have.  These four videos by Tubal Cain, the author of many books about machining and metalworking, are among the few I’ve found that will show you how to do it free-hand on the kind of grinder most home machinists have.  [This is not the same Tubal Cain who wrote more than 20 books and 200 articles about machining and model engineering.  That was the late Englishman T. D. Walshaw who used “Tubal Cain” as a pen name.  This “Tubalcain” appears to be a retired shop teacher living in Illinois. – Rob]

The videos are good, but not great because they’re too long.  “mrpete222” doesn’t get to actually showing you how to grind a bit until the fourth video.  During the first three he discusses the shapes and angles of the various kinds lathe bits using large wooden models that make it easier to see what he’s talking about.   He also discusses the tool bit holders used by older lathes, which hold bits at an angle so they don’t need back rake added to them.

I’ll admit I’m not real good at grinding lathe bits because I usually use carbide inserts.   But I did learn a lot from these videos including these two great suggestions: