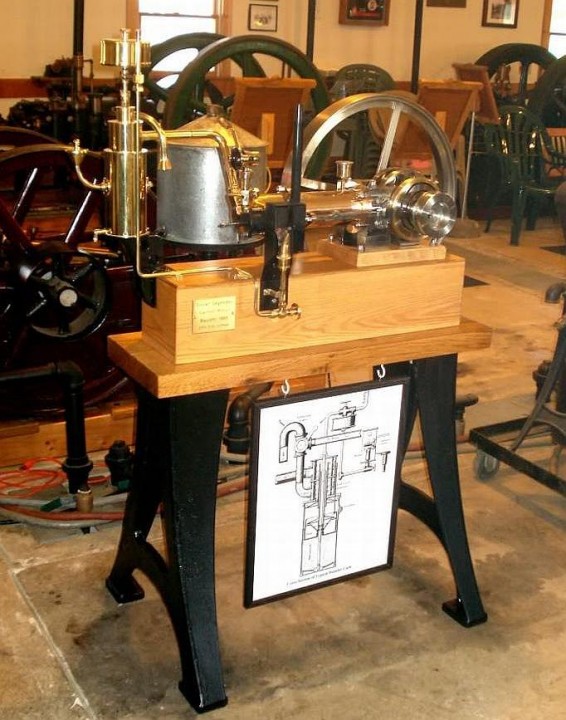 When the Daimler Chrysler Corporation decided to make a reproduction of its first engine, one that was a pioneer in automobiles and the model for the modern engine, it commissioned three copies.  One was kept at the company’s headquarters, the other went to a collector in Michigan and the third to a museum.  Ironically, there was a problem with all three—Chrysler couldn’t get any of them to work.

That’s where Wayne Grenning came in.  He is a historic gas engine reproduction expert, having built a museum’s worth of them that he keeps at his Lockport, N.Y., home.  One of the Daimler models found its way to Pennsylvania, where it was displayed at the Coolspring Power Museum.  The museum’s director already knew Wayne well from the many reproductions he sent the museum, so he turned to Wayne  again to help fix the missing components and get the engine up and running.

The Daimler engine represented the culmination of the experimentation with internal combustion, but the original engine was lost in a factory fire in 1903, with only the blueprints surviving.  From those drawings two prototypes were made for advertising purposes, but the designers didn’t like the look of where the carburetor was so they moved it to look “more presentable.”  After spending months on the project with the help of two others, he had the engine up and running again.

Between his website [Grenning Models and his YouTube page,] and his activity on forums, Grenning has provided extensive details for just about every major project he’s ever done in the past decade or so.

“That was the beginning of my bug for machining, and I kept working on other projects after that,” he says.

When he started, machining was mostly a solitary endeavor, with little communication between participants.  He recalls that when someone had a question about a certain technique or project, their options were limited—they could ask the one or two other people they might know, usually a mentor, or if that person didn’t have an answer they could write to one of the few specialty magazines and hope for an answer in the forum within a few months.

“If you’re John Q. Collector and you want to learn something but have never done it before, you could type a few sentences on a message board and get a whole bunch of replies,” he says.   “Before, when magazines were the only real way to connect with large groups of people, it took a lot longer and knowledge and tricks were slower to spread.”

The Internet has also brought about a large increase in the type of projects hobbyists can do and made it easier to buy materials, Wayne says.  Casting kits and projects in particularly have grown by “leaps and bounds” in the past 10 or 15 years, he adds.  Before the rise of the internet, most machining hobbyists read or earned about new projects from magazines, so they could see anywhere from 12 to 18 new projects over a year.  Today, with internet forums and web sites dedicated to all different aspects of machining, they have a trove of information available at just a click.

Posted in Engines, People | No Comments »

Jeroen Jonkman built this Gamma type Stirling engine for his father’s 60th birthday.  He also drew a nice set of plans for it and is very generously sharing them.  You can download them here from MachinistBlog (PDF) or from HMEM if you’re registered there and logged in.  I asked, but Jeroen didn’t tell me much about himself.  But I can tell from the videos he uploaded to his YouTube channel that he’s a skilled machinist and prolific builder of model steam and Stirling engines, many of which are of his own design.  Jeroen is also Dutch and I find it interesting that two other Dutchmen, Jan Ridders and Jos De Vink, have built some of the world’s most beautiful and interesting model Stirling engines.  Jeroen has not produced as many engines as those two but I wouldn’t be surprised if he does someday. END_OF_DOCUMENT_TOKEN_TO_BE_REPLACED 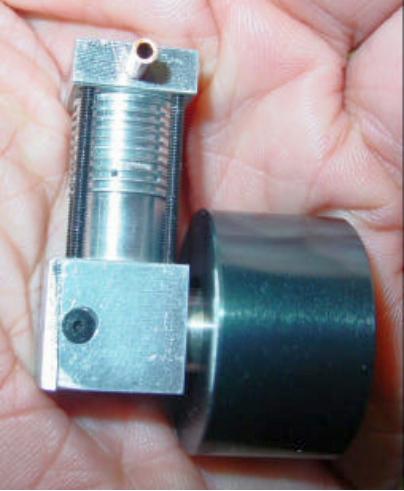 Here’s another set of free plans and construction notes by David Kerzel.  These are for a CO2 engine which is much smaller than his very beautiful hit & miss engine, which you can also get free plans for.  David says the flywheel is too thick, which should be easy to fix.  He also thinks the cylinder looks too long.

This Stirling engine can be built without machine tools or machinist skills.  It uses inexpensive and easy-to-find materials and it looks like it is easy to make.  I wanted to include it for our many visitors who aren’t machinists but who come here looking for plans for Stirling engines they can build.  You can find the instructions for building it on “Scrap to Power”.  You’ll also find some other simple Stirling engines you can make, along with some other interesting projects.