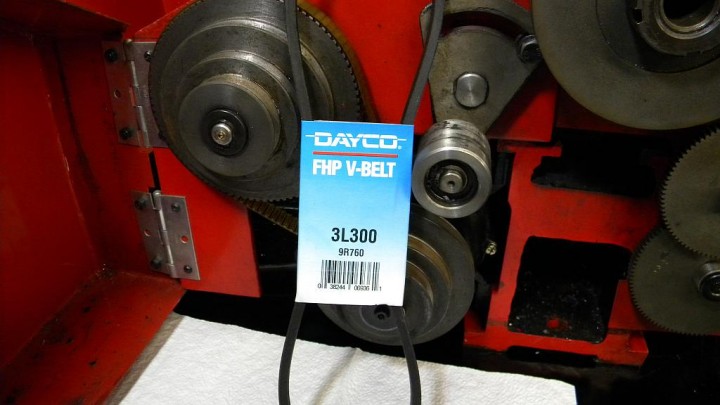 Changing the spindle speed of your Harbor Freight 8×12 or Lathemaster 8×14 lathe will probably be easier if you replace the factory belt with a size 3L300, which you can buy at most auto parts stores for about $5.  The original is so tight that changing the spindle speed by moving it to a different set of pulleys can be an unpleasant chore.  Richard on the [no longer exists] discovered that the 3L300 is just a little bit bigger and it makes speed changes much easier.  I tried one, along with others members of the group, and we found that he was right.

Mine was made by Dayco and I bought it at a NAPA store.  Another store I’d visited didn’t have one in stock and they tried to sell me a heavy-duty version which I declined, because it cost twice as much and I didn’t think I needed or wanted a heavy duty belt.  (Addendum 3/18/2011:  I’ve heard that the Gates 6730 belt is the same size, 3/8 x 30-inches  or 9mm x 760mm.)