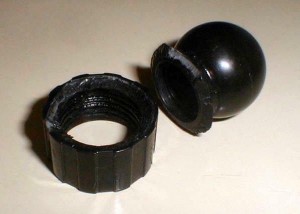 The original swivel neck was made from plastic and it broke

If you would like to get in touch with Ralph or thank him for the plans then the best way to do that is to join the excellent 7×12 minilathe discussion group.

You can find all of Ralph’s plans on ToolsandMods.com 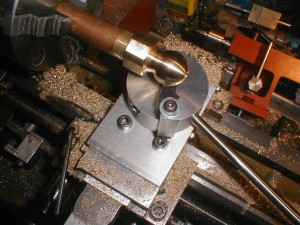 Ralph said the carbide insert he normally uses couldn’t reach in far enough to cut the ball at the theaded end. So he temporarily rigged up a larger cutter. 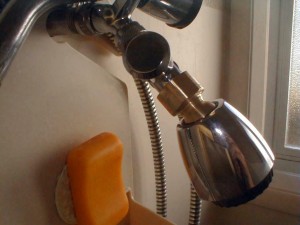 If you watch the end of the video you’ll see how the ball unscrews from the shaft it was made on.  You’ll also find some links to other things you can make with ball turning tool post.

He who receives an idea from me, receives instruction himself without lessening mine; as he who lights his taper at mine, receives light without darkening me.

— Thomas Jefferson
Copyright © 2012 MachinistBlog.com and its contributors - All Rights Reserved