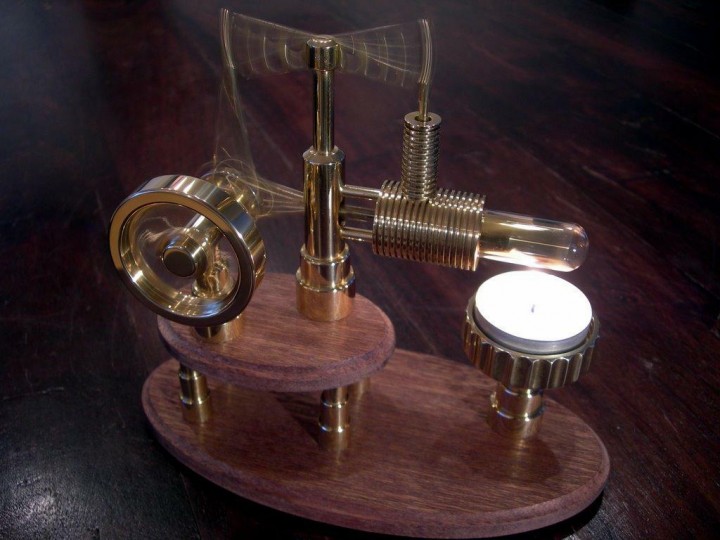 Jeroen Jonkman built this Gamma type Stirling engine for his father’s 60th birthday.  He also drew a nice set of plans for it and is very generously sharing them.  You can download them here from MachinistBlog (PDF) or from HMEM if you’re registered there and logged in.  I asked, but Jeroen didn’t tell me much about himself.  But I can tell from the videos he uploaded to his YouTube channel that he’s a skilled machinist and prolific builder of model steam and Stirling engines, many of which are of his own design.  Jeroen is also Dutch and I find it interesting that two other Dutchmen, Jan Ridders and Jos De Vink, have built some of the world’s most beautiful and interesting model Stirling engines.  Jeroen has not produced as many engines as those two but I wouldn’t be surprised if he does someday.

“Common sense is like deodorant. People that need it most don’t use it.”