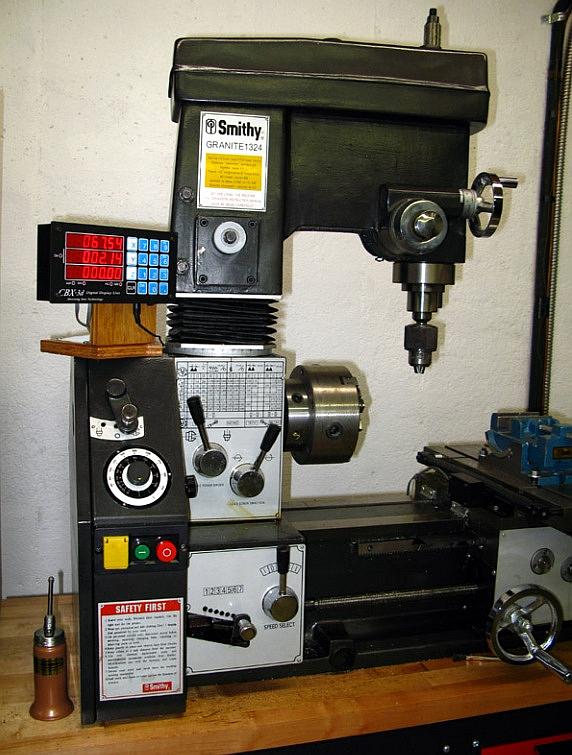 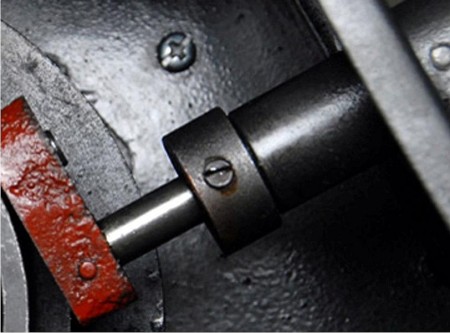 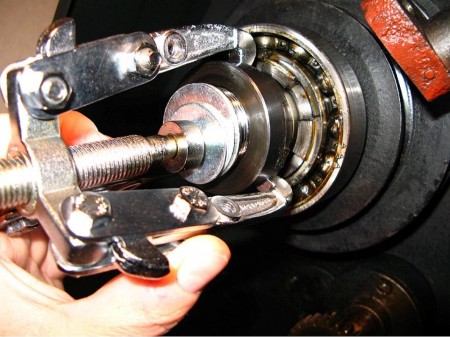 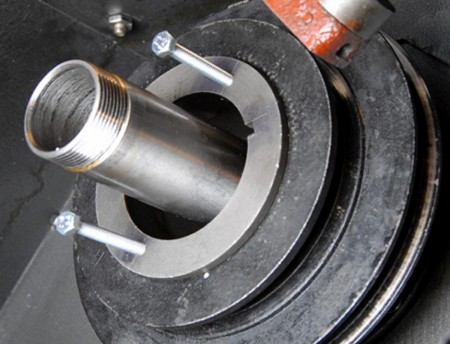 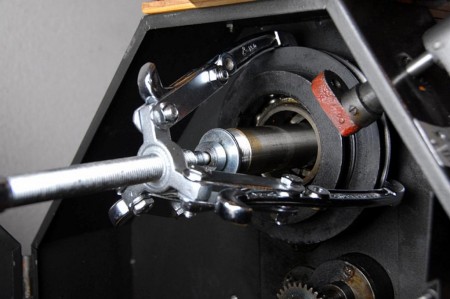 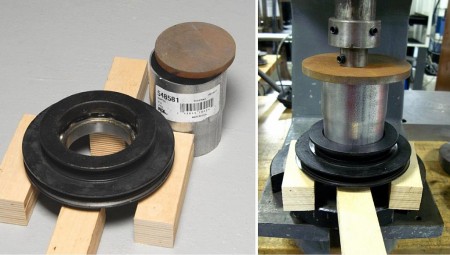 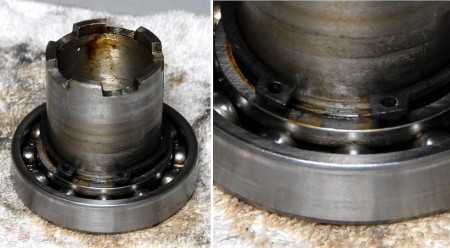 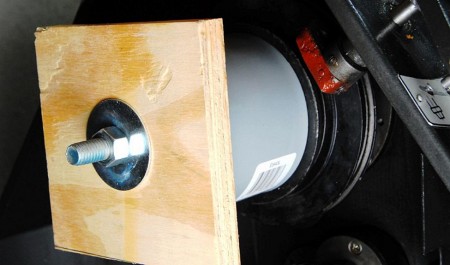 26) Replace the snap ring from Step 14.  Important tip here – insert the ring into the pulley loosely such that the tips of the ring are past the bore where the coupler sleeve (G03-017) presses in prior to attempting to expand the ring with the large snap ring pliers.  Otherwise, the ring tips will not fit past the bore and over the pulley seat OD (Outer Diameter) simultaneously.   (Another lesson learned … the hard way) 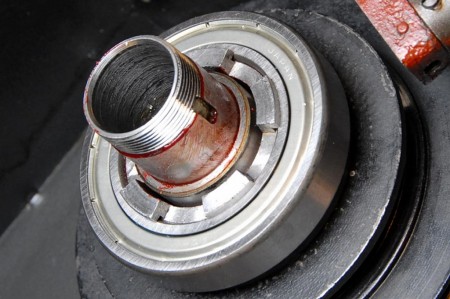 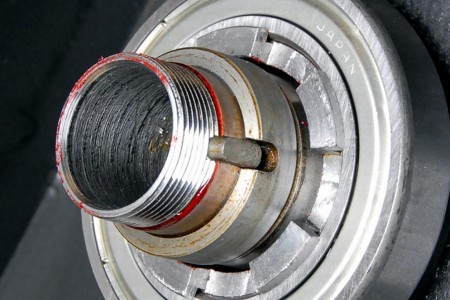 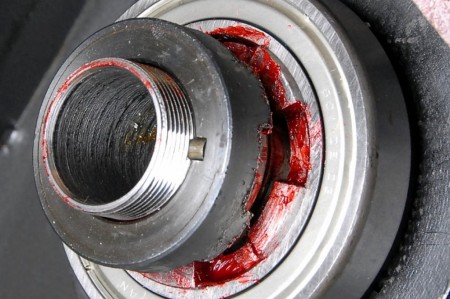 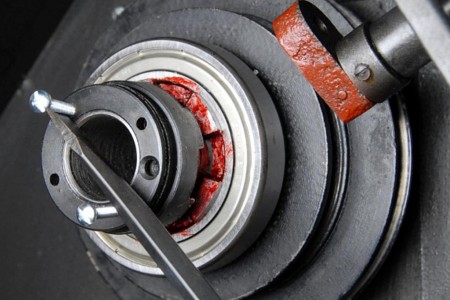 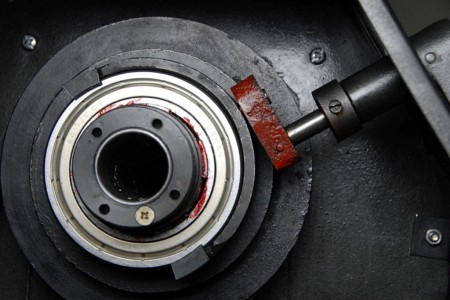 Always tell the truth. Then you don’t have to remember anything.

— Mark Twain
Copyright © 2012 MachinistBlog.com and its contributors - All Rights Reserved