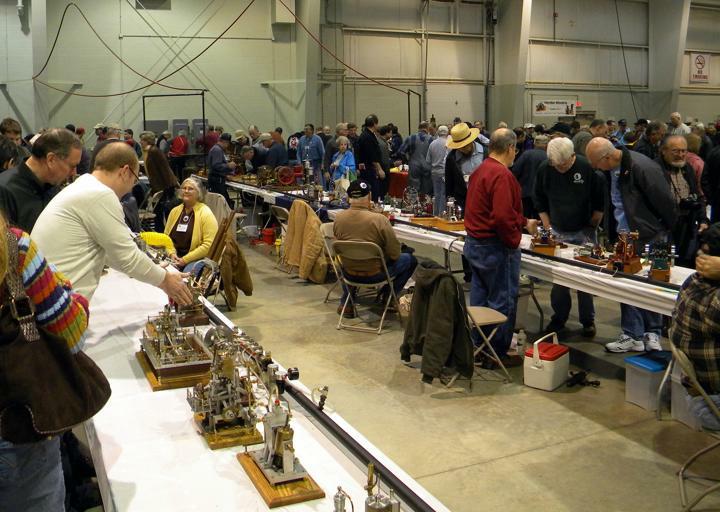 This picture shows just a small part of the steam engine exhibit area at the annual Cabin Fever Model Engineering Expo in York, PA. The show is huge and unfortunately I don’t have any photos that can show you just how big it is.

We’re about a month away from the 15th annual “Cabin Fever” Model Engineering Expo in York, PA.  I went last year and wrote an article about it.  It was was my first model engineering show and I really enjoyed it.  So I’m going back again next month.

“Cabin Fever” is one of the oldest and largest shows of its kind, and certainly the largest in the Northeast.  I think you would be welcome to exhibit any kind of model at the show but most are made from metal.  So it’s a bit of heaven if you’re interested in machining and metalworking.

Some suggestions if you go

How about dinner after the show on Saturday?

The only thing I didn’t enjoy last year was eating dinner by myself after the show on Saturday.  So I’d love it if you’d either join me or let me join your group.  I’ll be easy to recognize.  I’ll be one of the tallest people there and I look something like this, only a little grayer.

Posted in Shows & Events | No Comments »

— Anonymous
Copyright © 2012 MachinistBlog.com and its contributors - All Rights Reserved