Can some one tell me what type of bolt this is?

It is a self locking bolt. These bolts are no longer produced. Loctite is used in there place. That slot contained a strip of plastic that would lock the bolt in place. It was a single use bolt in that when the bolt was removed the plastic would be damaged rendering it useless as a self locking bolt. Before I retired I would save a few to use for cleaning out threaded holes. After any remaining bits of plastic was removed from the slot these bolts worked great for removing dirt, chips, and other crap from a bolt hole before installing new bolts. All that crap would end up in the slot. They were easier than using taps. Now I just mill a slot in a bolt for thread chasing.

It looks like a self-locking bolt and a kind that I haven't seen before.Â  It also looks like something you could make yourself by milling a small groove in a bolt and then filling it with a piece of nylon fishing line or the plastic string for a weedwacker. 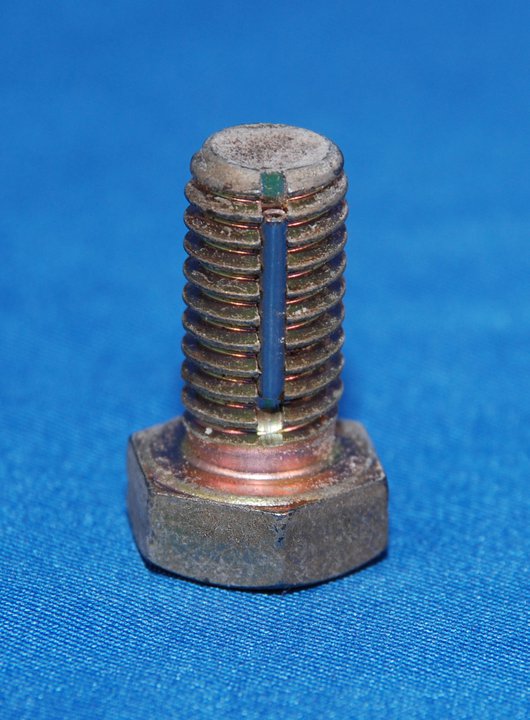